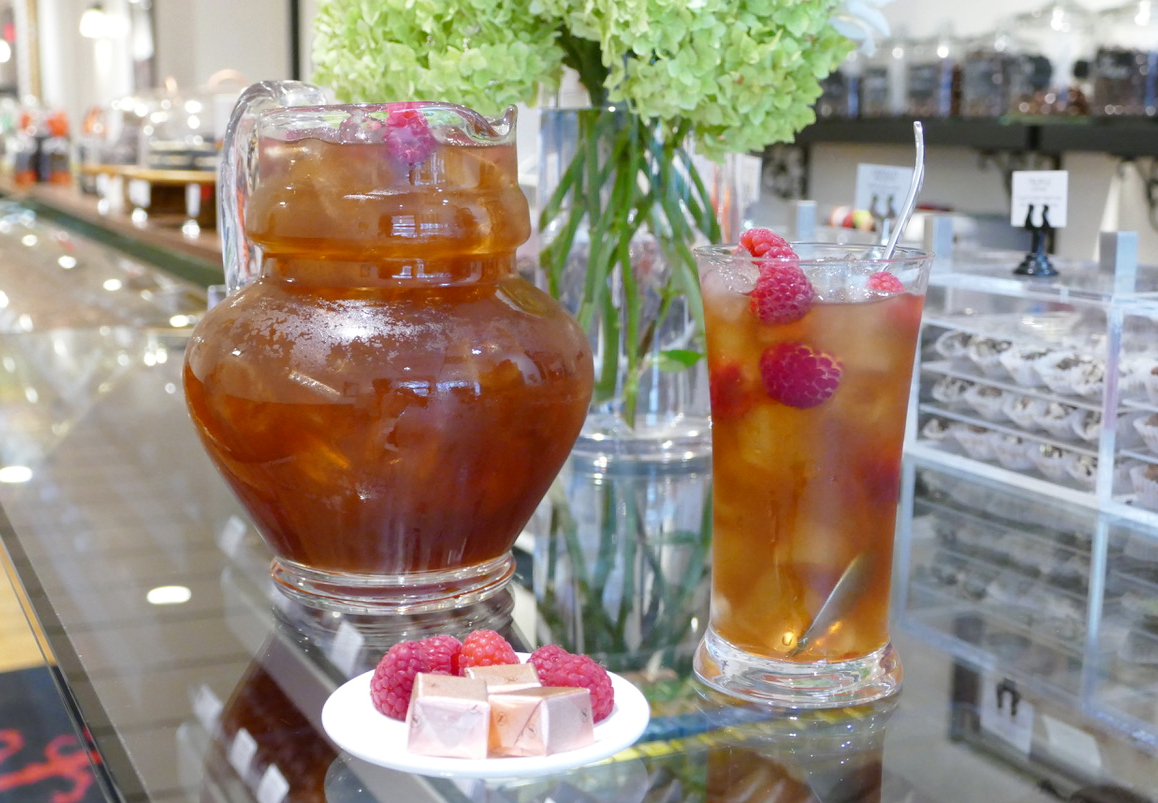 Well, Summer is here in all of its glory, including the oppressive heat and humidity here in Virginia on some days.  During this time of the year, even with the heat, we tend to spend a lot of time outside.  We are working in our gardens, working on outdoor house projects, watching our children participate in sports and other outdoor activities and we are gathering together for garden teas, picnics and barbecues.  When we are outside this year, it is important to remain hydrated.  Many people turn to water for hydration, but, especially in the South, many of us turn to Iced Tea.

Tea’s geographic origin is centered in southeast Asia. Tea as a drink is thought to have been discovered around 5000 years ago in the Yunnan province of China.  Early credible accounts of tea drinking are from the 3rd century A.D. in a medical text written by Hao Tuo.  For many Western cultures, tea drinking was introduced by the British in the 18th century.  At this time, tea was consumed warm.  Tea for cultivation was brought to America in 1795 when Andre Michaux imported tea and other Asian plants for what has become to be known as Middleton Place Gardens, in Charleston, South Carolina.

Tea as a cold drink was introduced in the early 19th century with the advent of refrigeration.  It was first used is different punches that also included various types of alcohol and other ingredients.  Later in the century, more rec

ipes for iced tea began to appear in various cookbooks.  At first it was considered a novelty in the US, but became much for common.  Iced tea’s popularity increased significantly when it was introduced at the 1904 World’s Fair in St. Louis, Missouri.  From there, it was a drink consumed by nearly everyone, especially in the hot months of the year.  Regional versions of the popular drink appeared over the years.  Iced tea in many northern states was typically served unsweetened.  The South is well known for its many versions of sweetened tea.  In fact, it is often assumed these days that when you order iced tea at a restaurant in the South that it will be a sweetened iced tea.

In the late 20th century to present, additional flavors have been added to iced tea.  Lemon has long been a standard flavor with iced tea, but other fruits
and berries have been added to teas to create new iced tea flavors like raspberries, peach, etc.  Today we see versions of iced tea that include other floral flavors like hibiscus and lavender.  We even have teas that have been infused with the flavors from wine or other drinks like sangria.

At The Frenchman’s Corner, we off several different varieties of iced tea bags for you to take home so you can make this popular drink for your family and friends at your summer picnics, family reunions and summer teas on the deck or in the garden.  Come check out the flavors and introduce yourself to something that could be your favorite addition to Summer gatherings.  Enjoy and stay cool!