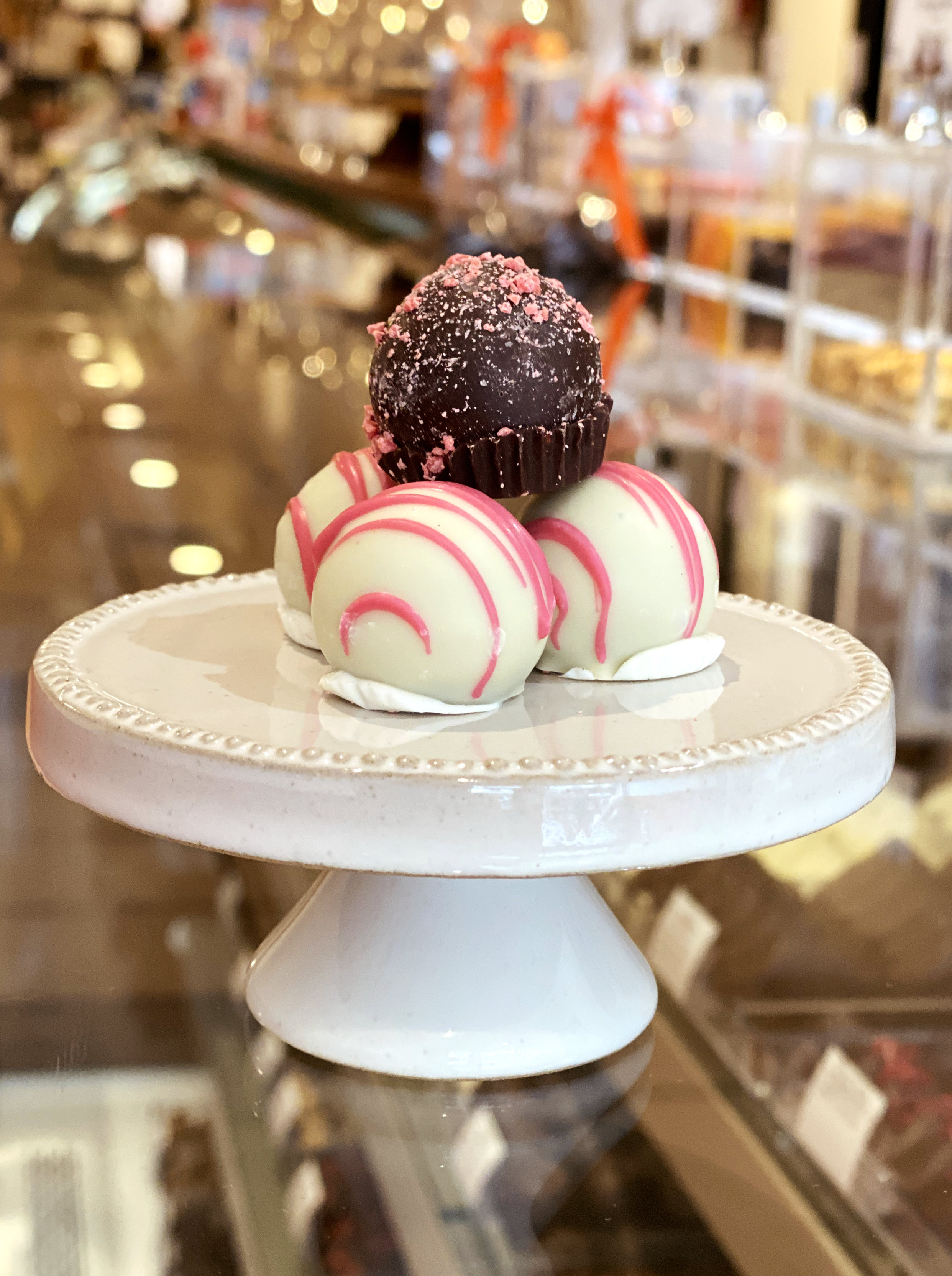 Adventures in the Chocolate Shop January 26, 2020

We often have customers ask, “What is a truffle?”  The simple answer is that it is a mixture of heavy cream and chocolate.  The cream and chocolate are heated and melted together to create a thick mixture called ganache.  Traditionally, the ganache is rolled into a spherical shape and then cover in cocoa powder or ground nuts; like hazelnuts, almonds or sometimes coconut.

There are several stories about different French patisserie inventing the truffle either on purpose or simply by accidental coincidence.  Whatever the origin truly is, there a many different versions of truffles these days.  There are Swiss truffles created by combining melted chocolate with a boiling mixture of heavy cream and butter. There is the French truffle which is the combination of fresh cream and chocolate rolled into a sphere as previously described.  There are other versions like the Belgian Praliné which are chocolates filled with soft centers like ganache, buttercreams or nut pastes.

Today, truffles can take on other shapes than spheres.  They can come in the shape of animals, bugs, triangles, shells and so on.  While a ganache is a soft, but dense texture, some truffles are lighter in texture because the mixture has been whipped before shaped.  The air incorporated into the mixture helps to lighten the texture of the truffle.   Regardless of the shape or the actual texture, a confection that starts out as a ganache and then covered in cocoa powder, nuts or a layer of chocolate is usually considered a version of a truffle.

Whatever the actual origins or the method by which the truffles are made, they are the decadent sweet treat that so many of us enjoy after a lovely meal or just as a little treat to ourselves; just because we deserve one every once in a while.

Spring at The Frenchman’s Corner