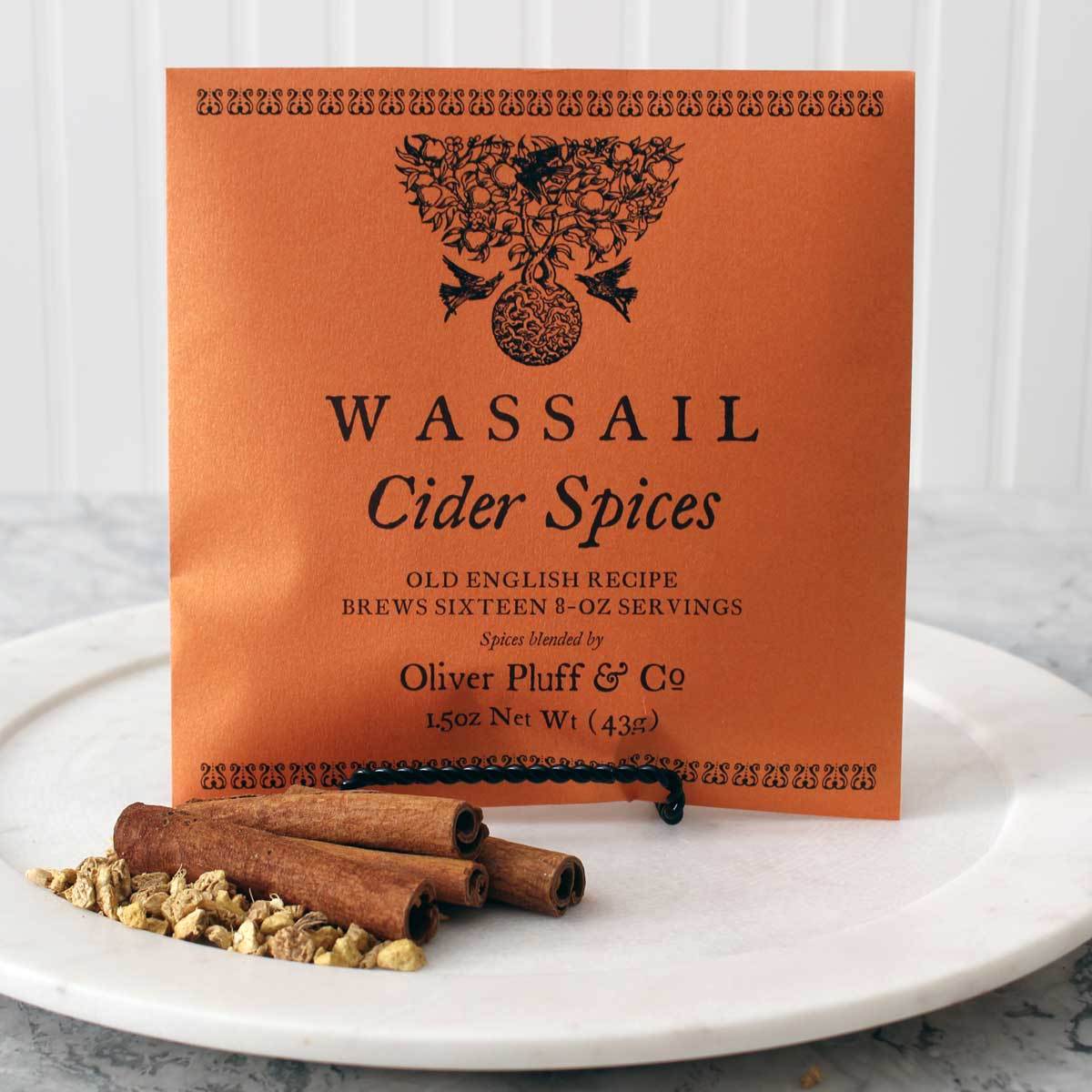 Stop by and pickup some of our Oliver Pluff & Co. mulled cider, and hot toddy spices.  They are excellent and what could be better as the weather gets colder.

The island inhabitants of Britain ritualized the apple harvest and winter solstice with celebrations of cider, ale, wine, and mead, gathering and singing in the orchards to bless the crop for the next year. The libation of wassail and the practice of “wassailing” became tradition, which led to our modern caroling in the holiday season.

History: Wassail (Middle English ‘wæs hæl’ – ‘be you healthy’) refers both to the salute ‘Waes Hail’ and to the drink of wassail, a hot mulled wine, or as mulled cider drunk as part of wassailing, an English ritual intended to ensure a good apple harvest the following year. Wassail began as a spiced wine that resembled Roman recipes that survived the Middle Ages. Recipes began to vary with English production of ale, mead, and cider.

Buy one get one free, on Key Lime Cheesecakes and Bourbon Bombe desserts!