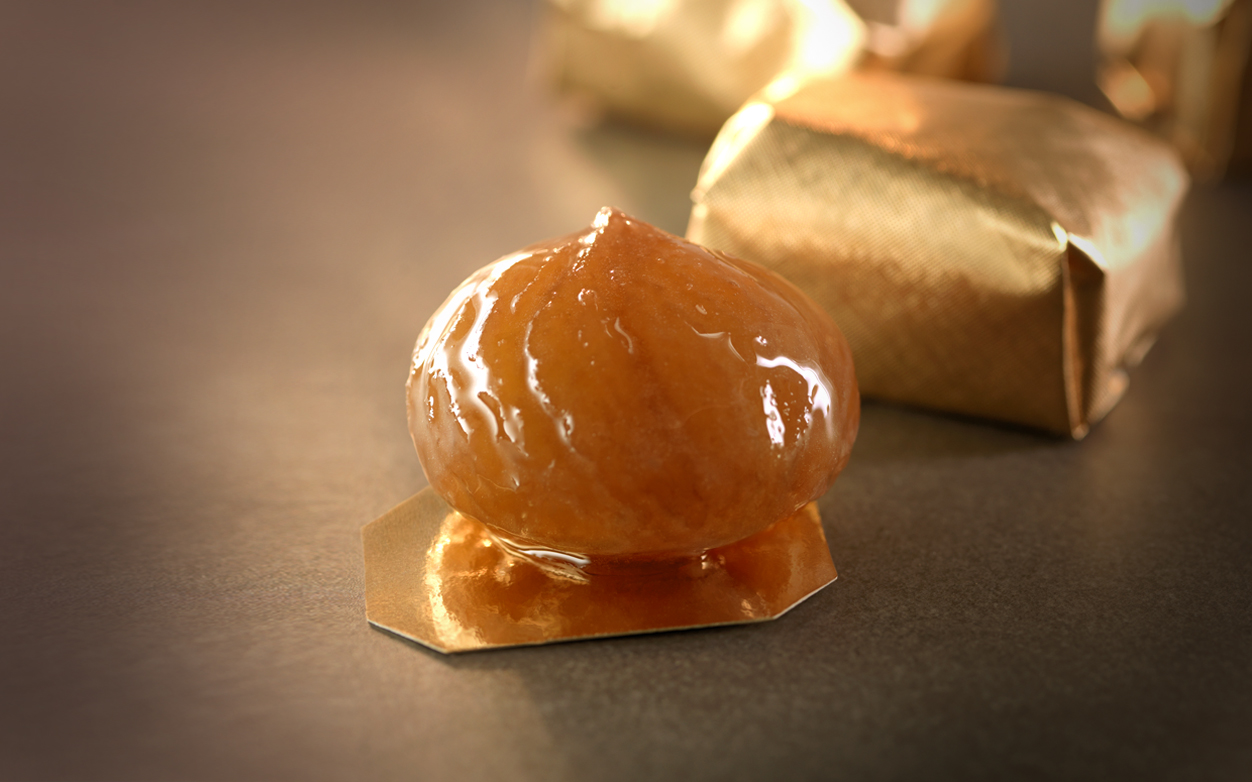 Marron glacé, or candied chestnuts, are a tradition that dates back 15th or 16th centuries.   They are often wrapped individually in order to preserve their shape. The first recipe for marron glacé appeared in the 16th century around the city of Lyon. Marron glacé enthusiasts say that the dessert is best when consumed on its own, ideally accompanied by a cup of warm tea.

When crusaders were returning from the Holy Lands, they brought new ingredients like sugar with which cooks started to experiment and eventually created new confections. When these crusaders reached the chestnut growing regions of southern France and northern Italy, cooks eventually combined a sugary syrup with local chestnuts. The first records of recipes for marrons glacés appeared in the 15th or 16th centuries depending upon the local region in France or Italy.  Towards the end of the 19th century in Lyon the economy was suffering due to the collapse of the textile industry and people searched for a way to revitalize the economy.  In 1882, the first factory with the technology to produce marrons glacés on an industrial scale opened.  Three years later, the factory started to produce a sweetened chestnut purée which was made with marrons glacés that were damaged during the process.  The glazed chestnuts were puréed and vanilla was added.

Today, marrons glacés, are still made in their simplest form, as glazed chestnuts, but may also be used as for creme de marrons, an ingredient in other confections.  In either form, the marron glacé is a delicacy that is still enjoyed in areas where chestnuts can be found.  Due to the blight of the American Chestnut, this delicacy is one that must be imported for those in North America to enjoy.  This year, we are bringing the Marron Glacé back to The Frenchman’s Corner.

They are currently available, but are only available in limited supply so stop in to get yours this year before they are gone.