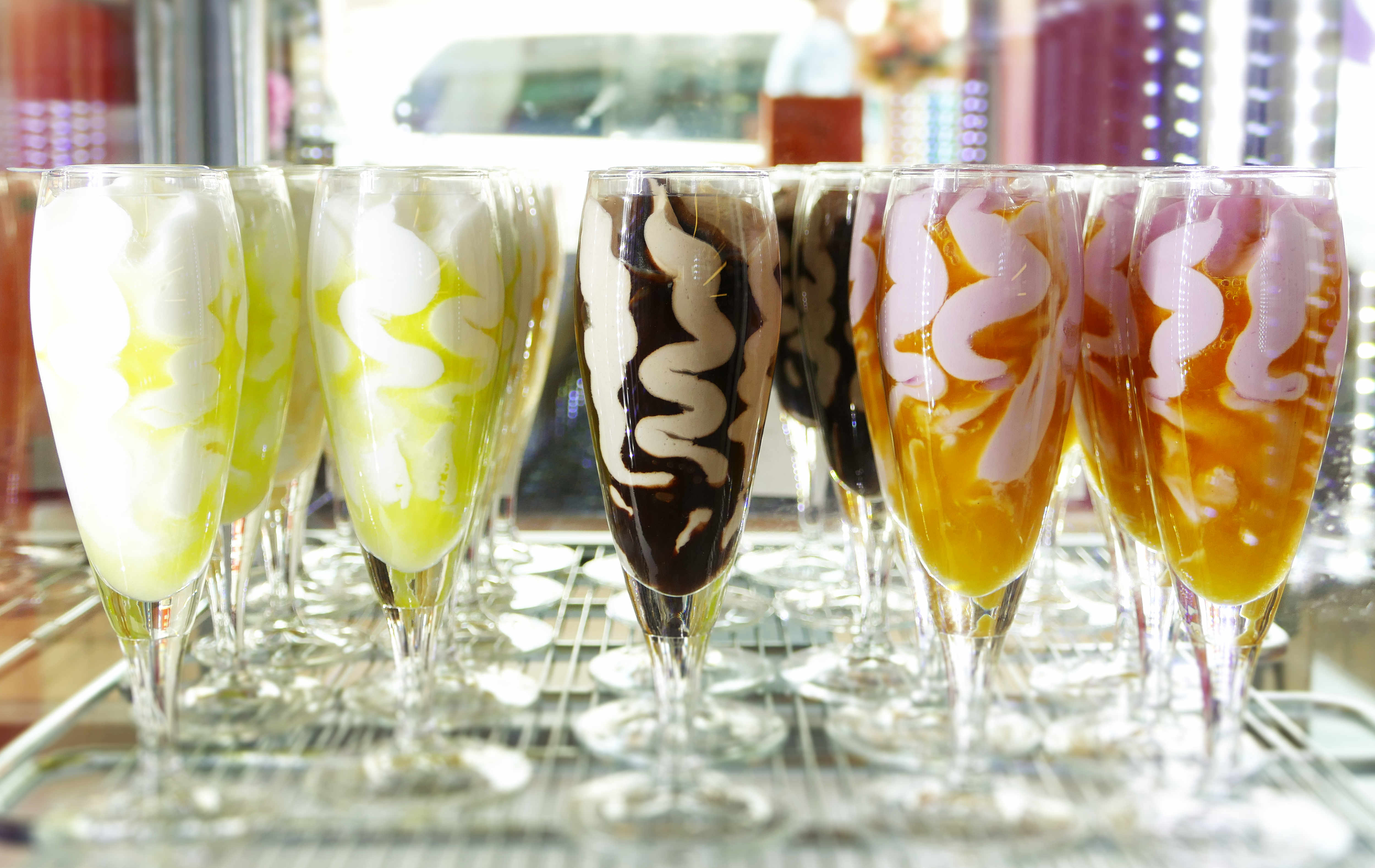 Meteorological summer has arrived and with it some much warmer temperatures, a precursor to what we can probably expect for the rest of the summer  here in north central Virginia.  With the warmer temperatures, many of us  find ourselves searching for something cold to eat or drink.  A favorite summer treat is ice cream or gelato.  Some may wonder “What is gelato?”  The simple answer is that it is the Italian version of ice cream but is a little more involved than that.

As with many things, the origins of gelato are complicated.  Essentially, gelato began more as a cold flavored drink.  About 3000-5000 years ago, Asian cultures discovered that you could consume crushed ice with flavorings.  Centuries later the Egyptians would have ice harvested from distant mountains and brought back to the pharaohs who served cups of ice with sweetened flavorings. Of course, this concept was passed to the Romans who took it back to Italy where different food items were created using snow or ice from the mountains.  Sicily became and remains very famous for its sorbetto and granita are which basically frozen crushed fruit and its juices.
It is the Florentine region of Italy that really gave birth to what we think of gelato.  A chef to the Medici family, Bernardo Buontalenti, introduced a creamy, frozen sorbet-like dessert at the

wedding of Catarina di Medici in 1533 to the future kind of France.  Later, in the 17th century, a Sicilian restauranteur, Francesco Procopio dei Coltelli, actually made creamy gelato famous when he opened a café in Paris.  Gelato became an instant hit and remains so to this day.

You may ask, “OK, what is the difference between gelato and ice cream?”  While they are similar, there are some distinct differences.  Gelato tends to be creamier and silkier to the palate than ice cream.  This is because it is made mostly with milk instead of cream, therefore, it usually only has about 4-6% butterfat, where ice cream tends to have a 17-25% butterfat content.  The reason that gelato is silkier is the fact that it has about 70% less air in it which helps to keep it dense, fluid and creamy.  Gelato can also be frozen at a slightly warmer temperature than ice creams which means it does not freeze up your taste buds as much and you get a better taste of the flavors. Finally, because gelato is slightly warmer and silkier it is usually served with a small spade rather than an ice cream scoop.
So, there is the much abbreviated history of gelato and is difference from ice cream.  For those of us who have been to Europe, you are probably already familiar with this treat.  For those of you who have not travelled to Europe or have not tried gelato, I would urge you to give it a try.  It really is quite delicious and silky on the tongue.  We can help you with that here at The Frenchman’s Corner.  Come visit us and cool off with a frozen treat this summer.  You just may also find something else in our shop that you cannot live without.
Tags: dessertgelatosummer