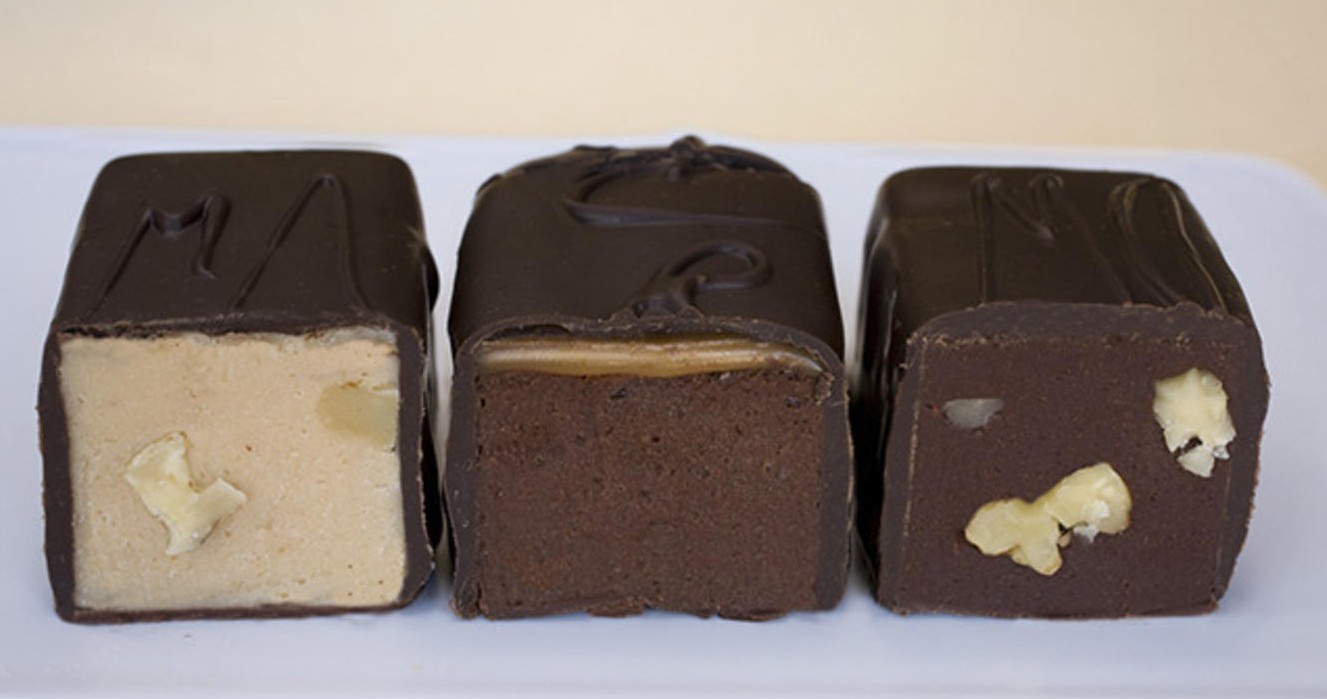 Fudge is a type of sugar candy that is made by mixing sugar, butter and milk, heating it to the soft-ball stage, and then beating the mixture while it cools so that it acquires a smooth, creamy consistency. Fruits, nuts, chocolate, caramel, candies, sweets and other flavors are sometimes added either inside or on top.  So fudge can be almost any flavor!

We carry John Kelly truffel fudge and it is the very best fudge you can imagine.  What is truffle fudge?  It’s something completely different. It has a silky chocolate center with the consistency of ganache, as well as a chocolate coating, and you may think it’s a truffle. But it’s not. It’s actually fudge, just not like any fudge you’ve tasted before.

Larry is a life long Virginian, and has lived in the Warrenton or Culpeper area his whole life. Larry moved to Culpeper over 5 years ago, and with his partner started the renovation of a historic antebellum home. He loves the town of Culpeper, and the ability to walk to dining, movies, and shopping and never need a car.

Having visited the Frenchman’s Corner over a decade ago, he has been coming back regularly to buy chocolate, and visit the beautiful shop. When the opportunity came up to actually buy the shop, he jumped at the chance.

Larry will be manning the website, and handling the social media and marketing for The Frenchman’s Corner. You will still see him helping out in the shop whenever he is needed, and during the holidays.