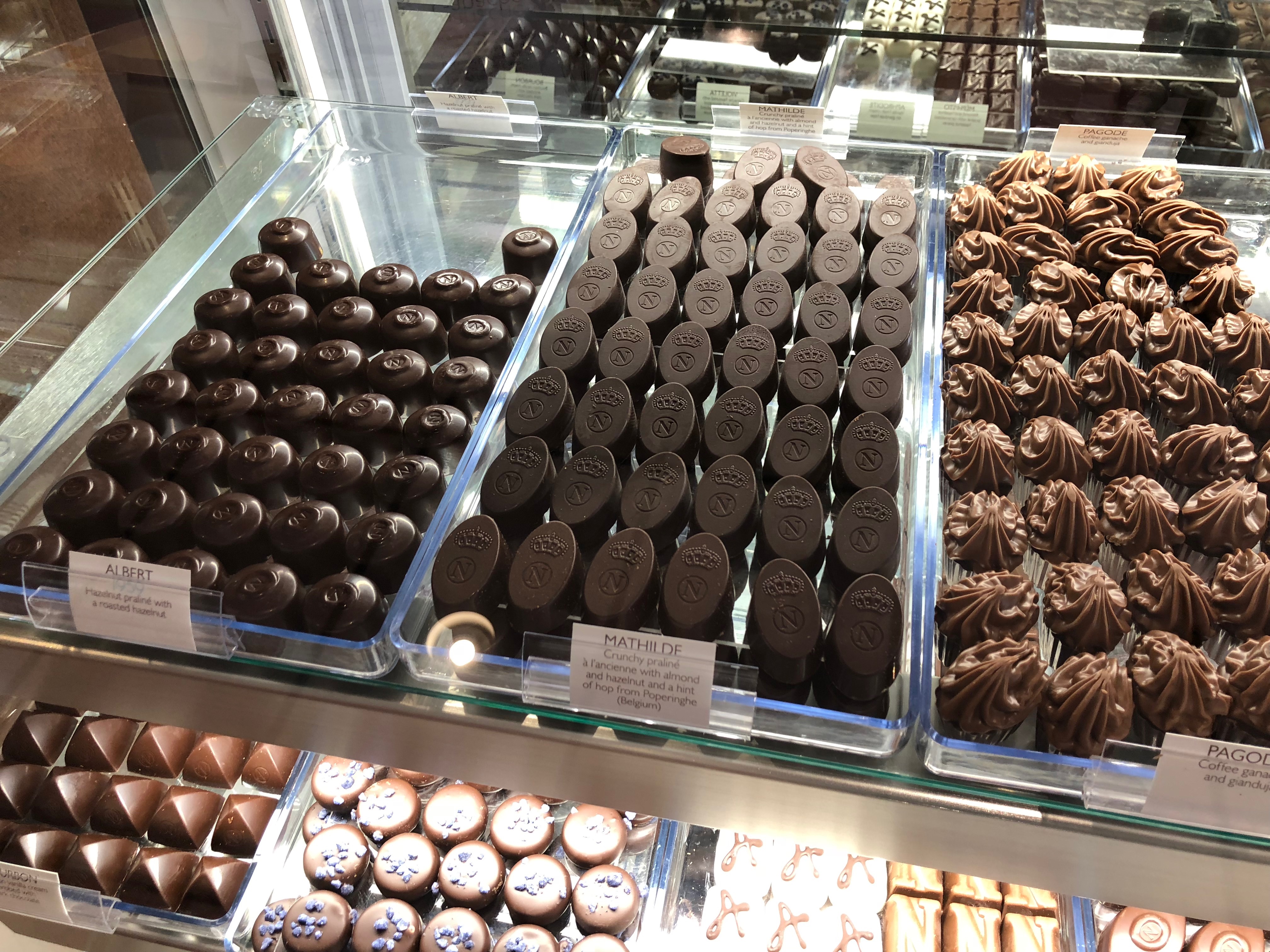 Adventures in the Chocolate Shop September 15, 2018

We recently received a shipment of chocolate for The Frenchman’s Corner that included a seasonal piece called a Pfeffernusse Spice Truffle.  For some reason, the word, Pfeffernusse, reminded me of the cartoon skit between Bugs Bunny, one of my favorite childhood cartoon shows, and Yosemite Sam where Yosemite is hunting for a rabbit for Hasenpfeffer, a German stew that includes rabbit.

The spices found in Pfeffernusse cookies, another German food, are very much like the spices that are used in pumpkin pies, breads and cakes from where I grew up in south central Pennsylvania.  That area has always had a very strong German influence due to the number of towns which were settled by German immigrants and the still thriving Mennonite populations that still live there.  The warm spices such as cinnamon, cloves, nutmeg and sometimes mace are used in a lot of German/Mennonite inspired bakes from cookies to pies to cakes.  Now, I find those same spices in a beautifully crafted piece of chocolate.  The warm spice combination with good, high quality chocolate is like a dream come true.